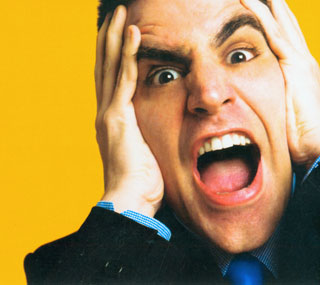 Earlier today I was pulling into my driveway after a fun family weekend at Disneyland with our two boys and on the radio pops another advertisement for a debt settlement company.  Of course doing what I do, I always turn up the volume when I hear these types of spots.  This one seemed to rub me the wrong way more than they usually do.

The spot was essentially implying that this specific settlement company had a special program because of all of the banks getting bailed out by the government they are required to settle consumer debts.  Now they were careful not to say specific things that crossed the line and would get them in trouble for false and misleading advertising but they basically pushed it just about as far as they could.  Many people that listen to that spot will call the number thinking that this is maybe some sort of government sponsored program or that banks are now required by the federal government to settle consumer debts and this company knows the secret to get them to do it.

There doesn’t seem to be any limits to how low these marketing firms will go to push people that are struggling financially into bad programs just to make a buck.  Of course a quick search online found that this company had an F rating with the BBB and numerous other sites where consumers had complained  about this program.  The complaints all tend to be about the same.  Usually that consumers were mislead, that the program wasn’t explained properly, the fees where much higher than they were told, the creditors continued to hound the consumer with phone calls, and the list goes on.

Of course the Ad prompts consumers to call for their “free – no obligation – consultation”, which is nothing more than a sales pitch.  After all, they pay a lot of money for those radio spots, so if they are giving you a free consultation, they have to make that money back somehow.

The bottom line is there is no federal program forcing banks to settle debts.  Banks were settling debts with consumers long before the federal bailouts and they will continue to do it when it makes sense.  It is true that some banks have softened a little and are offering better deals to consumers than they were 12 months ago, but that is only because it makes financial sense for the bank, not because of some federal mandate.   This settlement company that was on the radio is simply puting a new bow on the same box of junk.

Consumers need to do a heavy amount of research before deciding on a specific strategy for getting out of debt.  Especially if you are looking at debt settlement.  If you are going swimming with sharks, you better know what you are doing.  Don’t ever call a debt settlement company thinking that you will get a financial consultation.  You call a debt settlement company only to learn the specifics about their program.  Do not rely on them to asses your financial situation and educate you on whether you should settle your debts.  Not surprisingly if you ask them whether or not you should, the answer will usually be Yes.

Would you ask a car dealer if you should buy a new car or just have your old one fixed?