Judging from the news of late, some regulators and Attorneys General seem to share my opinion of the Legal Helpers Business Plan as it pertains to Debt Settlement.

They say a picture is worth a 1,000 words, so rather than bore you with the details, let me tell you in 4,000 words, what I believe to be, a common client experience for those that hire Legal Helpers Debt Resolution. 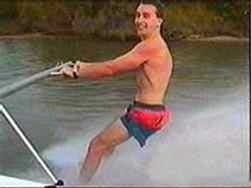 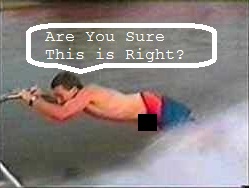 Month 6 – Client Senses Trouble but Holds On, Not Aware of Better Alternatives 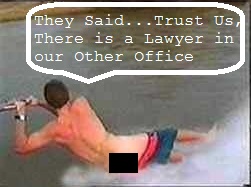 Month 12 – Client Knows They are in Trouble But Doesn’t Want to Lose 1,000’s in Fees Already Paid 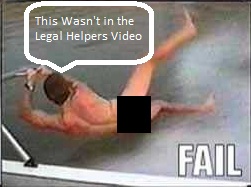 What does Legal Helpers Debt Resolution have to say?

If any former or current Legal Helpers clients would like to weigh in on whether or not this Visual Metaphor bares (pun intended) a resemblance to their experiences, please feel free to comment.

Also please note that this is not an actual “secret business plan” that I obtained from Legal Helpers Debt Resolution. Consumers are free to call one of their Sales Affiliates (There are 100’s of them out there now hoping Legal Helpers can shelter them from the Advance Fee Ban) for a Debt Settlement Sales Pitch and judge the program for themselves.

During the phone sales pitch they will tell you someone will come over to your house to provide a financial consultation, go over your options and educate you on the Legal Helpers Debt Resolution process.

However, typically what they do is send over a local Paralegal or Notary who knows nothing about your circumstances or the Legal Helpers program, but is only told to have you watch a video and get the documents signed. You might ask yourself… why send someone over to sign the paperwork and not just fax the forms back?

Great question, please reference the 4,000 words above for the answer. Caveat Emptor.

Listen to what the Illinois Attorney General has to say about their program in the video below.

Please Help a fellow consumer today by clicking any of the social media sharing buttons below.