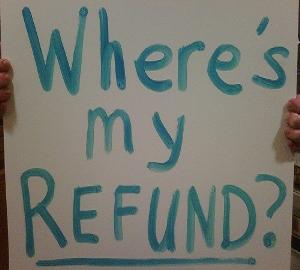 You find yourself struggling to pay over $100,000 in credit card debt. Desperate and confused you turn to Express Debt Settlement (EDS) under the promise that they will cut your debt in half and lower your monthly payments. With comforting and reassuring words, they tell you how they will employ the Law Office of Simon & Bocksch to negotiate with your creditors and get them off your back for good.  You are only responsible for 1 easy monthly payment every month for the next 5 years and your debt problems will be history.

Not sure what else to do, you agree to the plan only to find that two years later you have paid Express Debt Settlement over $17,000 in fees, nothing has been settled for less than you owed, you have already received 3 lawsuits and one of them has turned into a wage garnishment. Throughout the entire process the creditors continued to call and harass you, and every time you contact Express Debt you are simply told to keep sending in your payments because you don’t have enough money saved to settle any of your accounts.

You start to question the validity of this service and wonder why Express Debt could not settle a $1,900 account before it turned into a wage garnishment. Soon you realize that the only thing Express Debt and Simon and Bocksch have done for the $17,000 in fees is made your situation worse. In a panic and with your creditors threatening even more lawsuits, you request a refund so you can seek an actual solution.

How would you feel if you then received this email from Ari Dinov, the President of Express Debt in response to your request for a refund: (Bold emphasis added by me)

I am glad you have sent a dozen emails in the last 2 weeks because this is all evidence that I have, that you are constantly harassing me and my company. I am advising you to stop immediately or I will have no choice but to file a lawsuit against you for slander, defamation of character and harassment. Like I mentioned to you previously you signed a 5 year contract with my company and you are only 1/3 of the way through, your expectations have been unrealistic especially because you knew that your fees are collected in their entirety upfront as referenced in the customer agreement that you read and signed. I have further advised you that it would be in your best interest to remain in the program because your fees have already been paid and we will be able to settle some of your accounts in the next few months, however you keep harassing me, my company and my employees with “insane” acquisitions and metaphors . I am giving you 1 final warning to stop or the next time you hear from me will be from my attorney’s filing suit against you.

This is what happened to Dinah, a former client of what I would call an Express Debt Scam, coupled with the services of Simon & Bocksch. I have reached out to Mr. Dinov as well as all other parties involved to seek an agreeable resolution to this situation, however, to date I have yet to receive any response.

Here are the facts as told by Dinah. In March of 2009 a sales person by the name of Dan Gordon pitched her on the idea that Freedom Debt Relief would be able to solve her debt problems by negotiating with her creditors and dramatically reducing the $100,000 that she owed. Believing the false promises of easy monthly payments for 5 years, she agreed to the program, stopped paying her creditors as instructed and started to send $737 a month to Express Debt instead. It wasn’t until over a year later did she realize that Express Debt was not affiliated with Freedom Debt Relief (the company she was told she was enrolling into by Dan Gordon).

About a year into the plan she was sued for $2,500 for an account that was originally only $1,900 when she enrolled into the debt settlement program. She was told that the Law Office of Simon & Bocksch would be handling any legal issues that could arise, so naturally when she received the lawsuit she contacted them. She was told that since she didn’t have enough money saved up they could not settle her debt and they could not represent her in court because the contract was not for actual legal representation.

Dinah corrected the attorney at Simon & Bocksch and informed him that she had already paid over $12,000 into the program and the lawsuit was only for $2,500, surely there was more than enough money to negotiate a settlement with. Nope, that is when Dinah learned that Express Debt had written the contract to ensure that they collect every penny of their $17,000 fee before any debts are negotiated on her behalf.

So nothing was done. The lawsuit turned into a judgment and still nothing was done. Then the creditor used the judgment to secure a garnishment against Dinah’s wages. Dinah begged and pleaded with Express Debt and Simon and Bocksch for help because she could not afford to have her wages garnished. After much persistence on Dinah’s part, Express Debt finally worked out an agreement for $2,300 however, as of December, 2010, the garnishment has still not been stopped and the money is still being garnished from her paycheck. This account was at a balance of $1,900 when Dinah enrolled with Express Debt and was negotiated only after a wage garnishment for a total of $2,300. These weren’t the type of results that Dinah was led to believe would happen when she enrolled in the program.

But wait, Express Debt is the gift that keeps giving

In addition to the garnishment Dinah has recently received two additional lawsuits from different creditors and that was when she finally realized that she needed to cancel the program from Express Debt and figure out a more realistic resolution with her creditors. She has requested a refund from Express Debt Review, but as of the date of this article she has received no refund of any of the fees. She has however received emails from the President of Express Debt attempting to blame her for the programs failure and even going as far as threatening to sue her if she does not stop contacting them.

Now, these are some of the facts that I have been told by Dinah, and as I mentioned I have yet to receive a response from anyone at Express Debt or Simon and Bocksch. I will wait a few more days to allow them to provide their side of the story before I escalate this complaint to the next level. 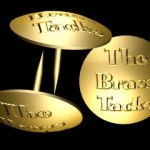 I want to make this very simple and break it down to the brass tacks.

Dinah paid Express Debt Settlement over $17,000 in fees. She feels the program and likely outcome was grossly misrepresented. She would like her money back. Can someone at Express Debt please explain what they did to earn $17,000 and why Dinah should not be given her money back?

I will update this article within a week, whether or not a get a response from either Express Debt Settlement or Simon and Bocksch.