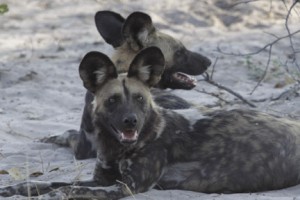 Lately I have received an increasing number of consumer requests asking me what I think about hiring Legal Helpers Debt Resolution (LHDR) to help them settle their outstanding debts. I attribute this sudden increase to the fact that debt settlement sales organizations have recently flocked to LHDR in hopes that they will be able to continue charging front loaded fees to consumers and pocketing large commissions before the clients are actually able to settle their debts.

From the feedback I receive from consumers, it appears that Legal Helpers, rather than evaluating and understanding why a front loaded fee structure puts consumers and creditors in a bad situation, has chosen to look for a loophole that they believe will allow them to get around the new consumer protection laws recently set in place by the FTC that prevents companies from taking all or a majority of their fees before their client’s debts are settled.

LHDR appears to rely on what is called the face to face exemption and seem to believe that by having a telemarketing sales person sell their program, but then in addition, send the consumer to an attorney’s office to sign the final contract will allow them to continue doing business in a way that is beneficial to their sales reps, but harmful to their clients.  It is arguable whether or not their tactic complies with the letter of the law, but it most certainly does not comply with the spirit.

Now, my advice will likely fall on deaf ears, but if I were a senior partner at Legal Helpers, I would seriously rethink your latest expansion strategy.  If you continue to align yourself with these sales outfits that you are currently attracting to market your program, and you don’t take the time to oversee what they are doing and how your firm is being represented, I can tell you that it is not going to end well. You may have started and operate your bankruptcy wing of your business with noble intentions, but in my opinion things started to jump the rails when you ventured into debt settlement. Now recently it appears your train has completely jumped the track by providing a foster home for a large number of these front loaded debt settlement sales outfits. That is surely going to paint a large target.

I also see quite a few complaints about their bankruptcy practices, but by far the majority of complaints stem from their debt settlement operations.

I spoke with a client last week who called me after speaking with a sales affiliate identifying themselves as representing LHDR. The client had responded to an unsolicited mailer promising to cut his debt in half. He called the number and was promptly pitched a debt settlement program with a monthly payment of about 700 dollars over 4 years.  The client felt that was impossible considering he only currently brought home about 1500 per month and proceeded to ask the sales person about filing bankruptcy instead. Without even providing an actual financial analysis, the LHDR sales rep proceeded to advise this client that the bankruptcy laws recently changed and he probably wouldn’t qualify for a chapter 7 and would have to file a chapter 13, so he should try to do the settlement plan first.  (can you say upfront fees might have been a factor?) 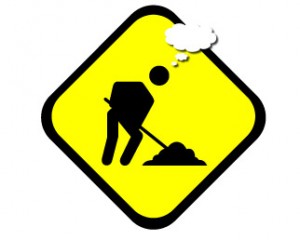 Hmmm. A sales person for the “Nations Largest Consumer Bankruptcy Law Firm” is advising a consumer (without a financial analysis) to not even look at bankruptcy because the laws changed 5 years ago and it won’t be good for him. Is Legal Helpers aware that this sort of CRAP is being shoveled out to unsuspecting consumers on a daily basis from sales people that do business under the LHDR name?

Do they think this stuff is going to pass muster when the FTC knocks out a few secret shopper calls? How many $16,000 dollar violations are they going to need to get before they realize that taking on all of these sales affiliates who are only interested in their upfront commissions is not going to turn out well? They seem to be looking at a short term gain and a long term loss based on the recent actions they have taken to expand their business.

Oh, had the debt settlement sales affiliate taken just 5 minutes to learn about the consumer’s situation and had the proper experience and training to know what to do with that information before launching into his pitch mode, he might have learned that the client only made about 18,000 dollars a year after child support and taxes and owed about 50,000 in debt to his credit cards.  He had no retirement and no savings and was basically starting from scratch.  He had no assets at all.  If a chapter 7 bankruptcy ever made sense for someone it was certainly this consumer.  There is no way he would have even come close to raising the money to settle 50,000 of debt on his income. You would think a client under those circumstances could call the “Nations Largest Consumer Bankruptcy Law Firm” and at minimum expect good advice regarding bankruptcy.

This is by no means an isolated case that only affects Legal Helpers. I just don’t have time to write several articles a day about all of the clients I speak with on a daily basis who have called an 800 number for help and just been pitched a debt settlement program that didn’t make sense. I am just singling LHDR out for this article because the vast expansion they are undergoing,  (In the wrong direction if you ask me) and the complete and total irony that the nations largest consumer bankruptcy law firm has sales people that push an expensive debt settlement plan and dismisses bankruptcy without a discussion, even when it makes more sense for the client.

Here are my specific questions to LHDR:

1. Does it bother you that you now have hundreds of new sales people driven by sales commissions, giving out advice like this in your name?

2. As the “Nations Largest Consumer Bankruptcy Law Firm” why are your sales affiliates telling consumers to not look at bankruptcy, especially when the option would clearly be the best decision under the circumstances?

4. Since you are actively building a nationwide network of attorneys, wouldn’t your clients receive a greater benefit by skipping the untrained sales people and actually getting their situation analyzed by an experienced attorney that would hopefully give a researched and unbiased opinion rather than just pushing a canned solution?

If the mission of Legal Helpers Debt Resolution is to assist as many people as they can in making educated and informed decisions about how to best get back on their feet financially, then that is something I can certainly support, however, the way Legal Helpers has morphed their business model to attract these sales organizations certainly makes a very noble goal impossible to obtain in my opinion.

LHDR has spent years building their bankruptcy practice, many of these sales affiliates are here today and gone tomorrow as soon as the next high markup, unregulated product hits the market for them to pitch.  Their modus operandi is to typically exploit an industry until they are shut down and then move on to the next.

LHDR must certainly be looking at a short term gain and a large influx of business provided by these sales affiliates, however the influx of clients consists in large part of consumers that were sold a fantasy and not of ones that were qualified for and properly educated about the realities of the debt settlement process.  If this behavior continues, I predict that in 12 to 18 months time, if the FTC doesn’t get them first, the consumer complaints about Legal Helpers will skyrocket and they may soon learn that indeed,  if you lie down with dogs, you will wake up with fleas! – Old English Proverb

Legal Helpers Debt Resolution LLC agreed to refund $2.1 million to its Illinois customers under a settlement announced this month after the attorney general had alleged the company was not living up to its name. Rather than providing legal help, the lawyers were a “front” to collect hefty fees from struggling consumers, Madigan said.

Jason Searns, the firm’s general counsel, said publicity surrounding the lawsuit and settlement has made it hard for Legal Helpers to attract new customers outside Illinois, and the decision was made to cease operations after servicing its existing clients. Source: Chicago Tribune

So I predicted it would happen in in 12 to 18 months and I was off by only 1 month. Do I have a crystal ball? Naw, just an ounce and a half of common sense.