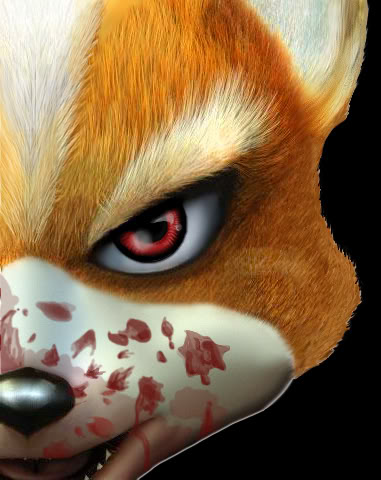 As an aside to the 5 part series that I am writing on the Association of Settlement Companies, I wanted to provide a simple way to understand the thinking behind the formation of TASC, as I see it. Sometimes it is very difficult to explain interwoven thought processes in the confines of a 1000 word article. Hopefully this will help consumers understand why (in my opinion) TASC currently has nothing to do with legitimately protecting consumers and everything to do with protecting themselves.

The following is the story of TARF – The Association of Red Foxes. (Creative I know) Pretend we are on a big farm, and on this farm we have some chickens…ei, ei, o, with a… Ok if I didn’t write it you would have thought it:-).

So, on this farm we have some chickens, some brown foxes and some red foxes. The chickens are the American Consumers and the foxes represent debt settlement companies. The farmer who will represent the regulators and the farms will be the different industrys. We are on the Debt Settlement Farm. The farmer on this particular farm is content to let the chickens fend for themselves against the foxes as long as the number of chickens killed is relatively low.

Things on the farm are ok, short of some chickens getting eaten here and there, life moves forward. As time passes, foxes from other industry farms hear about how easy the pickins are over at the debt settlement farm. These foxes have been driven from their farms because they were killing so many chickens that the farmers started shooting at them. Soon it was much too dangerous to hunt on their farm. So they left the mortgage farms, the stock investor farms, the consumer credit counseling farms, and telemarketing sales farms all in search of less dangerous hunting grounds.

Soon the native red foxes on the debt settlement farm started to notice an awful lot of brown foxes killing their chickens. The red foxes realized that if they didn’t do something, too many chickens would die and the farmer would notice.  So all but a few vegetarian foxes got together and formed The Association of Red Foxes (TARF). The primary focus of TARF is the passage of fair and applicable legislation for the benefit of the fox industry. To Bull S*** The Farmer.

The members of TARF reasoned that since most of the actions of the brown foxes where so atrocious, that they could just act a little better than the brown foxes and perhaps pass themselves off as really pro chicken. If brown foxes were killing 20 chickens, then perhaps they should only kill 10. That way, when compared to brown foxes, the members of TARF really look good. Of course TARF members did not want to be in the same room with the vegetarian foxes and shunned them from the group. The vegetarian foxes didn’t agree with killing any chickens and did not want to be associated with TARF. To be a member of TARF, you had to fit in, you had to be one of them. You had to conform.

In order to be a member of TARF you must pay large monthly dues of course, and agree to Consider the bylaws of TARF.  The bylaws are not actual regulations, but suggestions that they hope you will consider. Some of the bylaws included limits on the number of chickens a fox could take. They required foxes to openly disclose that if a chicken went for a ride with them, there was a chance they wouldn’t come back.  If a fox strayed too far from the bylaws, then Tarf can revoke its membership, but then of course they lose out on the dues paid in. (hmm its a real pickle I know) If a member fox was kicked out, than they could reapply for membership and TARF, for a fee of course, would consider reinstatement. After all, more membership foxes means more monthly dues. More dues means more money to pay lobby foxes to Bull S*** the farmer and convince him to let TARF members keep killing chickens. And life is good. Well, unless you are a chicken. 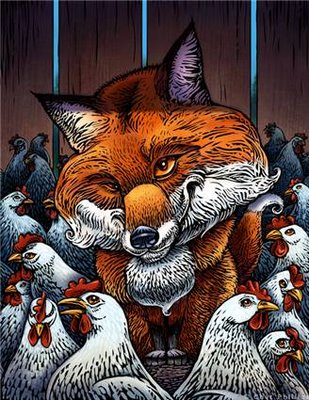 Next TARF launched a large PR campaign to educate (convince) the chickens and the farmer that they were part of the solution and it was the brown foxes that were the real problem.  The brown foxes had no self control. They would take limitless numbers of chickens. They would tell lies and mislead the chickens to get them to open the door of the coop.

Tarf members were better because they would present the chickens with a contract letting them know there was a possibility of death but there was also the chance to get out of the coop, and taste that sweet breath of freedom. Tarf members really laid on the taste of freedom talk and tended to quickly gloss over the pesky possibility of Death part.

Tarf even handed out badges for Tarf members to put on their websites (ya these foxes have websites, you can catch them on facebook). Soon many of the chickens began to believe that as long as the fox had a Tarf badge, it was ok to go for a ride with them.

The PR campaign was so successful that all of the chickens knew about TARF and began to think of TARF members as the good guys. All the while not 1 in 100 chickens ever went to the TARF website to learn that TARF was really an association of Red Foxes looking out for the best interests of the Red Foxes.  They were formed to insure that nobody upset their applecart of chicken dinners.

However after awhile, despite the best efforts of TARF, so many chickens where disappearing that the Farmer eventually noticed and took out his shotgun. TARF members pleaded in vain to only shoot the brown foxes, the red foxes were pro chicken. The Farmer said, “how can you be pro chicken when you are still killing them?” The Red Foxes looked straight down the barrel of the shotgun and proclaimed with a straight face, “it was all disclosed in the contract!” The
farmer then pulled the trigger.