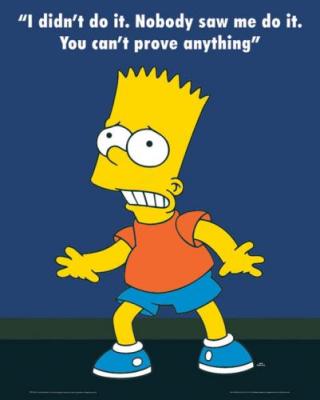 Today marks the day that Debt Settlement companies can no longer charge fees upfront before they actually settle a debt for their clients.  As I was reflecting back on the last few months leading up to this change, my thoughts turned to John Ansbach who represented The United States Organization for Bankruptcy Alternatives (USOBA) and sort of became the face of the movement against the upfront fee ban.

I certainly don’t envy the job he was required to do.  He was put in the unfortunate position of having to convince Senators, the FTC and other regulators that as a whole, the debt settlement industry was very focused on helping consumers and doing a lot of good things.  This is a pretty tall order considering the reality of what a majority of the players in the debt settlement space actually do to consumers.  I give him credit for sitting in front of Senators with a straight face and trying to lather up that pig with a bucket of lipstick, I certainly wouldn’t have had the Chutzpa to do it.

For whatever reason I decided to google him to see if he was still around working his magic, or if he had moved on realizing that the agenda he was hired to push was now Dead on Arrival.  I came across something that I thought was interesting when I saw his Linked In profile.  Take a look at this link and tell me if you notice anything strange about it?  Notice that there is no mention at all of being the Legislative Director of USOBA where he gained national exposure by providing various testimony to the Senate and other regulators.  Wouldn’t the fact that you testified before the Senate be something that one usually highlights?

Ansbach also shows in his profile that he is no longer the COO and General Counsel of EFA processing, a back end debt settlement service provider.    He indicates he stepped down from that in August and in September became the Chief Legal Officer with MADD (Mothers against Drunk Driving).

Ansbach is still listed on the board of directors on the USOBA site, so I am not sure if he actually didn’t leave or they simply haven’t updated their site, which is a possibility since they are busy trying to squelch the mass exodus that seems to be going on over there.

This post is not intended to besmirch Ansbach, as I said in the beginning he was just a guy doing a job, and honestly I think he did a pretty good job given the crappy hand that the debt settlement industry asked him to play.  What is interesting to me is that the timing of his apparent departure from the industry exactly coincides with the enforcement of the new rules that he was hired to lobby hard against.

Back in May of this year I wrote an article where I predicted what I considered a conspiracy theory of sorts.  You can read the article here.  In the article I predicted, that debt settlement companies would lobby hard to keep their bloated fee structures and would fight to the end, and if they were unsuccessful, they would simply move on to sell other things with high markups.  A majority of the debt settlement companies have either left or will be leaving the industry as soon as they bilk their existing clients for whatever extra money they can.  Now it appears that Ansbach has not only switched ponies but doesn’t even want anyone to know that he was part of USOBA and the one paid to lead the charge against consumers.  I certainly can’t blame him for that though.

So if anyone knows, is Ansbach still with USOBA, or has he wisely gone FOCKER OUT!!!!

One Response to “Focker Out! – Is John Ansbach still with USOBA?”