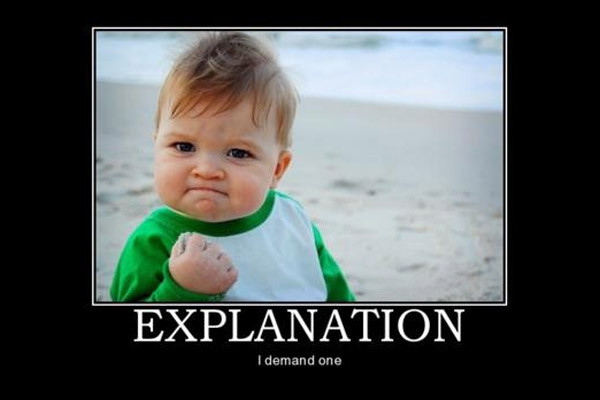 On Friday October 22, 2010, Freedom Debt Relief (FDR) issued a press release touting their new “Fresh Start” program that they will be rolling out on October 27, 2010 in conjunction with the new FTC rule barring debt settlement companies from charging the thousands of dollars upfront that Freedom and most other debt settlement companies had been doing up until the new rule was passed.

After a Review, here are the highlights of the Press Release: My comments are in Red.

1. Consumers can be confident that Freedom Debt Relief will no longer be charging clients before settlements are achieved.  That isn’t by choice, FDR spent a year fighting the law and only now created this program because it had no choice and could not continue to rip off consumers with their BS front-loaded fee.

3. Freedom Debt Relief will continue to provide the same service but now with a fee structure that insures they only pay for results.  Because before, everybody paid, regardless of results and the FTC slapped FDR and the rest of the industry for doing that.

4. Andrew Housser the CEO of FDR, participated in the FTC rule-making process for more than a year as the Commission studied the debt relief industry’s practices, methodology and results. He forgot to mention that he participated to lead the charge and lobby against the fee ban.  He was not for it, as the press release leads you to believe.

If a consumer read this press release, they would likely come away with the feeling that Freedom Debt Relief is a leader in the settlement industry and one of the good guys that are looking out for consumers.  They have this great “Fresh Start” program with no upfront fees because they believe consumers should only pay for results.   After all, Mr. Housser participated in the FTC rule making process for more than a year to make sure these protections were put in place for consumers. 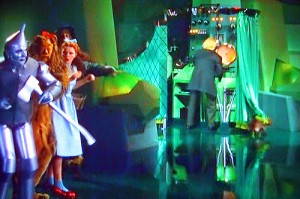 We Can See What You Are Doing

Well please allow me to throw back the curtain and show you what Freedom Debt Relief actually does to consumers, and just what Andrew Housser was working so hard on with the FTC. Then consumers can decide if this is really a company they should be entrusting their financial future to. There is nothing that burns me more than the increasing number of debt settlement companies that fought the advanced fee ban tooth and nail and now have flip flopped and started issuing press releases as if they were championing this thing all along.

If you would indulge me for a moment, I will take you back all the way to June 3rd 2010, just 4 months ago, where Houser along with other industry representatives from TASC and USOBA had the following to say about the advanced fee ban when they met with FTC Commissioner Ramirez and other FTC staff members. Source

Here are the more memorable parts for your review:  Again, my comments are in Red.

1. An advance fee ban would put all industry members out of business, and it is a labor-intensive and process-intensive business.

2. Charging consumers 17% of debt upfront is a better model for fee limitations than the FTC’s proposed advance fee ban.

3. Debt settlement is a high-touch business; and it averages 9 customer interactions per month and no company will be able to capitalize all of the up-front expense that these interactions entail. Raise your hand if you hired a debt settlement company and they even contacted you once a month after you signed the contract!  High touch my “you know what.”

4. Another problem with the fee ban is that it will create a power shift to creditors and the settlement companies would not be able to get good deals for the clients. That is a nice bed time story for the kids, but can we keep the FTC comments to those that are based in reality.

5. Debt settlement companies engage in education and there would be little incentive  to engage in such education with the fee ban imposed.  In addition, companies would have the incentive to get as many people as possible enrolled in the program, even if 80% drop out. So the whole thing is just about making money and they could really give a rip about educating the consumer?  Maybe that is why the GAO estimates the typical debt settlement success rate at about 10%.  Hmm, we are getting a window into their minds here, we need to pay attention.  It is only about money and it is not about helping you.

6. If they had to operate under an advance fee ban then it would take a settlement company five years before they were cash flow positive.  Um, please check your numbers again, because if you actually only accepted clients that had the proper financial circumstances to be successful, and you actually did what your sales people promise consumers that you would do, then you would start making money much sooner than that.  If you don’t, well then YOU ARE DOING IT WRONG.

Now a month after that, Mr. Housser writes to FTC Commissioner Rosch and in a last ditch desperate plea to keep the advance fee ban from becoming law (source), states the following:

1. Under an advance fee ban, his company would not be able to break even until over 6 years after a client enrolls in his program.

2. He asserts that NO DEBT SETTLEMENT COMPANY, no matter how successful could survive with this advance fee ban in place. Certainly no debt settlement company with a 30 or 40 percent success rate and if that is you, then please don’t let the door hit your ass on the way out, because you have no business telling consumers you know how to solve their debt problems.

3. Housser further asserts that the analysis he provided demonstrates that the advanced fee ban will lead to the end of his industry, and he respectfully implored the Commissioner to not pass the advance fee ban. It will lead to an end of the companies that operate like Freedom Debt Relief, that is for sure.

So, now that you have read what Housser and Freedom Debt Relief were really doing with the FTC for a year, leading the charge against the new law.  How do you reconcile that with the new press release issued on Friday?  I am left with some quandaries and I would like your opinion.

1. FDR told the FTC that they could not break even if the advance fee ban passed until after 6 years and they along with the entire industry would not be able to operate and go out of business.  However, now they have a new “Fresh Start” program that supposedly does exactly what Mr. Housser clearly told the FTC was not possible. So did he purposely mislead the FTC in order to keep his front loaded, cash cow program going, knowing the whole time that he could certainly operate in compliance with the fee ban?

2. Should all existing Freedom Debt Relief clients be canceling and jumping out of the program and demanding refunds before the company folds its doors? If FDR didn’t mislead the FTC then they must be going out of business since they themselves stated very clearly that what they just proposed with their Fresh Start program was impossible to do.

3. How will FDR be able to continue to effectively help consumers now that this mystical power shift is going to take place and leave settlement companies like FDR with no ability to negotiate on behalf of their clients?  4 months ago Housser along with other representatives from TASC and USOBA were clear in their comments to the FTC that this would put consumers at a huge disadvantage and not allow the settlement companies to get good deals for consumers.  Now after a realistic review, why would an informed consumer want to pay Freedom Debt Relief thousands of dollars if they no longer have the ability to effectively negotiate as Housser told the FTC?

I am asking you to make the call.  Clearly FDR, TASC, USOBA and countless other companies were against the fee ban before they had no choice but to be for it.  So based on the facts, do you think Freedom Debt Relief  purposely mislead the FTC?

And a final question, if you conclude that they had no problem willingly going on the record and misleading the FTC to keep the profits rolling in, how can a mere consumer expect to hear the truth if they call an Freedom Debt Relief sales rep for help?

8 Responses to “Freedom Debt Relief Reviews. Did they Mislead the FTC?”