Get a Second Opinion First

I was listening to the Ric Edelman podcast this evening and a caller came on the line and mentioned he had met with a financial planner and was told that he should use annuities and life insurance products as a vehicle to sort of shelter some money in a way that would be more favorable for his son to qualify for financial aid when he went to college.  In a much more artful way than I would have said it, Edelman advised the caller to run it by another planner for a second opinion.  He didn’t say the guy is probably not giving you the full picture, as is how I probably would have blurted it out.  He simply said, look, there can be instances where those products could be used in a way that will help with your son’s financial aid, but would be devastating investments for your retirement and the bad could out weigh the good.

So he was basically saying that this could be a case where the advisor is selling you some high commission-able products that might not be in your best interest and it would be wise to call another planner or even Edelman’s own financial firm for another set of eyes on the situation. Now some might look at that and say Edelman was just trying to steal the client.  Well, I say that anyone that is worried about that, is probably doing something that they don’t want anyone else to look at.

By the way, Ric Edelman was recently named the nations top independant financial advisor by Barron’s for the second year in a row.  So he knows a thing or two about these things.

His comment did get me thinking a bit about how the debt help industry works. Have you ever talked to a debt help sales person and when you got off the phone, they recommended that you call a few other sources to check out some other options as well and make sure you make the right choice? Have you ever gotten a sales pitch from a debt settlement sales person and not been hounded by them for weeks to sign up into their program?  They don’t want you to talk to anyone else. They have the solution and you shouldn’t look anywhere else.

I am quite often attacked by debt settlement sales people because my consulting business was started on the notion that consumers need a place where they can get an honest second opinion about the best strategy for them to resolve their specific set of financial circumstances.  These attacks are usually very personal in nature because debt settlement companies lose a lot of sales when clients speak with me.  That isn’t because I am stealing them.  It is because I provide information and options that in many cases show clients that a specific product or service may not be in their best financial interest based on circumstances and goals. However, my clients make their own decisions.  I just provide information that they likely didn’t have before. 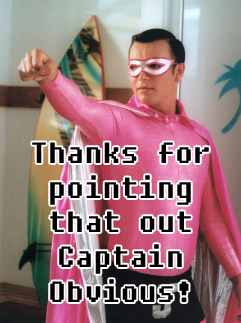 Debt help sales people are simply at a major disadvantage because their business relies on the fact that they have to sell a consumer a specific product or service that may or may not make sense for them.  My business is based on telling the consumer the best information regardless of what it is. Naturally this poses a threat to sales people.

What really drives them nuts is that when I tell consumers to talk to anyone they want and just call me for a second opinion, they can’t figure out a way to attack me for that.  Consumers are smart enough to know that if one person is giving them options and telling them to take their time and research multiple things before making any decisions, and the other one is shoving a pen and a contract in their face, it is pretty obvious who is probably giving them solid information.

So the only thing they can do is attack me personally in the hope that a consumer might decide not to speak with me.  Take a look at this tactic in action from New Era Debt Solutions.  Dan Smith, the CEO was so upset with me that he actually put out an “anonymous” personal attack about me.  Just do a google search for my name and you can find it.  You will see that there is no name on the attack.  It claims to be written by unknown consumer advocates.  However it is hosted on the New Era Debt Solutions web server and the domain was registered the day after Dan Smith threatened to do it.  Of course the fact that the attack touts New Era Debt Solutions as a wonderful company is a dead give away as well.

The point is that New Era Debt Solutions, may or may not be a good debt settlement company, but are they really looking out for a consumer’s best interests when they resort to putting out lies on the Internet in the hopes that consumers will not get all the information available?

For obvious reasons, Mr. Smith doesn’t have a section on the attack webpage for myself or any of my actual clients to leave a comment, so you can read my response to Dan Smith from New Era Debt Solutions here.

It seems that they feel they have a better chance at selling their program if their potential clients were not aware of other options available.  The point is, that it can never hurt to get a second opinion, especially when you are making a major financial decision that will have repercussions for you and your family for many years.  The worst thing a second opinion can do is give you another potential set of options to consider and unless you are a debt settlement sales person, that is certainly a good thing.

2 Responses to “If someone doesn’t want you to get a 2nd opinion, You Better Get One”