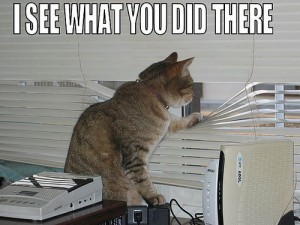 Credibility – The quality of being believed or trusted.

How does a debt settlement company acheive credibility among consumers?  It seems to me that there are two ways.  Option number 1 is to be honest, provide a great service for a fair fee, put the needs of your client above the needs of your own and over time you will naturally build credibility as the number of satisfied clients grow and word gets out.

Option number 2 is to purchase a lot of badges for your website and have your sales guys tell consumers that this means you can be trusted.  It seems that most settlement companies simply opt to take the shorter path and purchase what I call “credibility badges” even if they don’t have a track record to support it.

It seems like Debt Settlement has created a little cottage industry of these credibility badges.  I am not talking about the BBB or chamber of Commerce members.  I am specifically talking about companies that seem to exist and get paid mainly to allow a settlement company to buy a “Credibility Badge.”  You know, companies like TASC, USOBA, IAPDA, SRSOA.  In theory, this isn’t a bad idea except that in my opnion these companies for the most part are doing nothing more than selling manufactured credibility to companies that aren’t able to earn it on their own. In other words, helping settlement companies con consumers out of money and getting a kick back in return.

In today’s “did you seriously just do that” moment I am going to point out a specific example from USOBA.

In light of the current regulatory environment in the debt settlement industry and USOBA’s complete lack of ability to bend reality to their liking, you would think that they would be on their best behavior. Well if this is their best behavior, I really cringe at the thought of what they must have been doing before I was paying attention.

A few days ago I was driving somewhere between Flagstaff Arizona and Santa Fe New Mexico and I hear a very deceptive ad from Credit Answers.  The ad gives the impression that they are representing some government bailout program and urges people to call.  I am familiar with the ad because I wrote about their television version of the same deceptive ad back in June of this year.

The point of my article in June was that not only was Credit Answers an “accredited member” of TASC at the time but the founder of Credit Answers, Bill Loughborough, was also on the TASC board.  This was a big story because TASC had recently made a public statement condemning all of these misleading debt settlement ads and here was a member of their own board that was doing the exact thing they claimed to have a zero tolerance for.  The day after I wrote that article, I received an email from TASC informing me that Credit Answers was booted from TASC membership and that Bill Loughborough would no longer be serving on the board.  I figured that would be the end of it.

So now fast forward two months later I am in my car and hear this ad again.  Now I am thinking, “Is Credit Answers out of their mind for running a clearly deceptive ad like this when regulators are out on the hunt just itching to make examples out of companies that are in violation of new deceptive marketing laws”? The only reason I figure that a company would be this crass would be because they plan on going out of business shortly and therefore don’t have to fear that the regulators will put them out of business.

By the time I reach my destination my inner dialogue has convinced me that Credit Answers must be going out of business and therefore has little regard for compliance issues that any legitimate company hoping to remain in business would take very seriously.  I of course can’t prove this because I am not privy to their books or management meetings, but perhaps someone can offer any alternative explanation for these actions. So I set out to write an article warning consumers of this very odd and seemingly unexplainable behavior by Credit Answers and that’s when things got interesting.

I found a press release issued by Credit Answers written on July 6th, 2010, just about a month after my article and the action by TASC to yank their membership and boot Loughborough from their board. Are you ready for this? I will let the press release speak for itself with just a few of the following gems. Remember, this is less than a month after TASC booted them for deceptive advertising.

PLANO, TX, July 06, 2010 /24-7PressRelease/ — The United States Organization of Bankruptcy Alternatives (USOBA) has selected Credit Answers to be a member of their prestigious organization. Exceeding all standards in the settlement industry, Credit Answers stands out as one of the best settlement firms in the country.

“We take our commitment to our clients very seriously at Credit Answers. It is very humbling to be acknowledged as member of a great association like the United States Organization of Bankruptcy Alternatives. At Credit Answers, we will continue to strive to bring our clients the respect and service they deserve. In today’s world, it is vitally important for consumers to have the ability to choose how to manage their debt. With USOBA recognizing Credit Answers, our clients know that they are getting the best settlement service available from a reliable company,” said Bill Loughborough, CEO & President of Credit Answers.

USOBA and its members support additional regulation of the debt settlement and negotiation industry. USOBA supports efforts by the States and the Federal Government that ensure strong consumer protections, while preserving the ability of honest, ethical providers to serve consumers in need.

– USOBA is an independent and neutral association with a vested interest safeguarding American consumers by preserving debt settlement as a viable debt relief option.

Credit Answers has been selected as one of the leading credit and debt professionals of the Western United States by Goldline Research and is a proud member of The United States Organization of Bankruptcy Alternatives.

So let me make sure I understand what just happened.  Credit Answers has been running and continues to run a very deceptive ad to push what the GAO would likely call an over priced and under performing debt settlement program on American consumers.

After their actions were exposed, requiring TASC to issue warnings to them, they continued the misleading ads giving TASC no choice but to kick them out and remove their founder from the TASC board.  Then less than a month later USOBA welcomes them with open arms?
I have some questions for USOBA.

1. Can anyone buy a USOBA badge for their website or do you have specific standards for membership?

2. Were you aware that Credit Answers was kicked out of TASC less than 30 days before you accepted them?

3. Have you looked at the Credit Answers commercial on the FRONT PAGE of their website?

4. Do you find their commercial to be perfectly acceptable and in compliance with former and current regulations?

5. Do you think accepting members like Credit Answers when they are actively running deceptive advertising campaigns will help or hurt your credibility with regulators?

6. Why won’t you publish a list of your members?

7. Why can I not confirm whether or not a company is a member of yours unless I give you my name and email address?

At this point it isn’t like nobody knows what USOBA is really all about, but given their desperate attempts to remain relevant, one would think that they would at least try to not accept members who have been and continue to run misleading ads that have been the recent target of much regulatory scrutiny.  Does Credit Answers or USOBA think that regulators don’t have TVs or radios?

Unless USOBA can offer a better explanation for their actions, it seems to me that they are simply selling FAUX credibility website badges to assist deceptive operations like Credit Answers. Armed with this new illusion of credibility, Credit Answers continues the front loaded fee con and provides a healthy annual fee kickback to USOBA for their participation in the rouse.  And the USOBA Public Deception Machine rolls on.

As a consumer, look at a companies actual track record for credibility and not simply their stinking badges?

9 Responses to “Credit Answers canned by TASC-Runs to USOBA-We Need some Stinking Badges!”