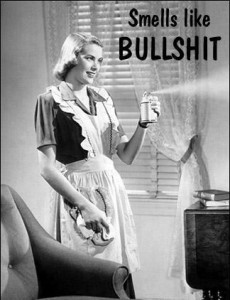 If you have been remotely following the debt settlement industry these past few months, you undoubtedly know that some serious regulation is coming its way. From my point of view it is actually quite entertaining to watch most of these scammer companies scatter like cockroaches as the regulatory light starts to peek into the dark corners of their world.  However a few brave (pronounced “foolish”) companies are actually trying to defend their blatant rip off, front loaded fee debt settlement programs.

One such company that caught my eye, simply because they are spouting off in press releases and news articles lately, is Freedom Debt Relief.  I have noticed, that they are trying to advance an argument that by front loading their fees (charging all of their fees in the beginning half of their program), consumers will benefit by better settlements down the road. Huh? Oh, the premise of this one should be good.

A few weeks ago, debt settlement companies were all hot and bothered about how many jobs will be lost if the advance fee ban was passed.  Well that didn’t work, so now they have a new theory.

Hmm, that sounds plausible, but there is just one flaw in their argument.  It is total Bullshit! Freedom Debt Relief and anyone else with an ounce of common sense knows it is bullshit, but what are they supposed to say?  Yes, we have been ripping people off for many years and we now admit that there is no reason to charge consumers all of this money upfront, other than, we know most of them will drop out and we want to bilk them for every last dollar we can before they realize we are screwing them. I haven’t seen a press release from TASC, USOBA or any front loaded fee debt settlement company admitting that yet.

They are “all in” now, they have no choice but to fabricate some sort of B.S. pro consumer argument.  They know it will not fly with the regulators.  They have to know.  I don’t think they even believe their own B.S. any more.  At this point it isn’t about keeping the law from passing, it is about trying to cover their butts and save face, so they don’t have to admit that they have known from the beginning that what they were doing was very damaging to consumers, and hurting a lot more people than they helped.

Sorry.  Not good enough for me.  Companies like Freedom Debt Relief have been charging these B.S. fees and not producing promised results for the majority of their clients for years according to the GAO and regulators currently looking into the industry.  To add insult to injury, they are continuing to enroll people into these programs even after they have been caught with their hands in the cookie jar.  The reality is that these companies simply have a flawed (Ponzi ish) business model, and rather than correcting the model, they would prefer to continue to put consumers at risk to protect their river of ill gotten gains.

I warned companies a few weeks ago that I wasn’t going to keep reading these press releases that they have been putting out in an attempt to confuse, mislead and take advantage of consumers looking for legitimate help, without calling them out on their Bullshit.  So here I am calling you out on your Bullshit.  If someone from Freedom Debt Relief or any other debt settlement program that front loads their fees, wants to leave a comment and explain to consumers how front loading all of your fees and putting the consumer at further risk of being sued by their creditors is actually in the consumers’ best interest, then by all means the door is open.

Until such time though, my recommendation to all consumers, is to not even consider hiring a settlement company that has a front loaded fee structure.

A word of warning to consumers.  Some unscrupulous sales people will claim they don’t have any upfront fees.  To be clear, when I say “front loaded” I am talking about the fact that they charge you most or all of their fees over the first half of their program.  So you are paying most or all of your fees before most of the work (settlements) are done.  They will roll these fees into your first 18 or 24 months of payments and claim it isn’t upfront.  That is B.S., so don’t fall for it.  If their fee is not spread out evenly over the entire program, and/or specifically based on the savings that they will achieve for you, then it is front loaded and it is not in your best interest to hire that company, regardless of what the sales person claims.