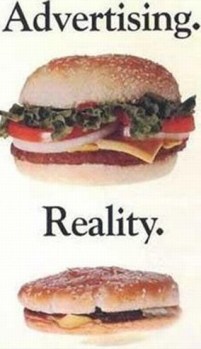 Of course, there is no such thing as a credit card bailout program. In my opinion, Credit Answers is just running a misleading ad, designed to give the impression that they are offering some sort of federal program to get consumers out of debt.

The ad goes on to tell me that if my credit card debt is out of control, then they have powerful information I need to know about the new credit card reform act. Well there is legislation that goes by the name “credit card reform act”, and many consumers have heard of it.  That little gift from the federal government was the reason that many prime borrowers had their interest rates raised and their credit limits cut prior to Feb of 2010 when the law went into effect. Thank you Uncle Sam for your foresight on that.  However, I am not aware of anything in that legislation that would be powerful information specifically pertaining to debt settlement. Unless I am missing something, it looks like they simply name dropped it to confuse and mislead someone watching the ad.

Next I learn that I actually have the “Right” to settle my debts with my creditors.  Really? I have the right to do this? Did TASC successfully lobby for a new amendment to the Constitution when I wasn’t looking?  Is that one of the unalienable rights that I have been endowed by my creator with? Lets check the Declaration of Independence. I see Life, Liberty, and the Pursuit of Happiness.  I don’t see Debt Settlement.   Maybe there is some case law floating around that I am not aware of that requires creditors to settle my debt with me? Credit Answers, please explain to me where I go to learn about this new right to settle debt that I have?

Next the Ad assures me that I will be able to afford the monthly payments.  Hmm, that is interesting because debt settlement doesn’t really have anything to do with monthly payments. Sure you might be making a monthly payment to a company like Credit Answers but your creditors will not be getting paid with them.  In fact most of these affordable monthly payments will just be going to the hefty fees that Credit Answers will be charging you.  After-all, they have to get the money to run all of these expensive commercials from somewhere.

The Credit Answers ad then tells me that the credit card companies have been given billions and they need to clean their books once and for all.  Again, another reference to the government bailout.  This sort of gives the impression that the banks have so much money, they are just sitting there all excited to write off bad debts and clean up their books.

They then implore me to call them to learn how to settle my debt in a “government bailout era.”

Now the commercial ends and I realize that I just lost 60 seconds of my life that I will never get back, but then something clicks in the back of my head and I am almost positive that Credit Answers is a member of TASC.  No wait, that can’t be true.  No TASC member would ever blatantly mislead consumers like this would they?  No, certainly not after TASC issued a strong letter vowing to not tolerate this sort of behavior.

I even wrote an article back in March giving TASC an Atta Boy for calling awareness to these bogus practices.  So out of curiosity, I go to the TASC website and sure enough, not only is Credit Answers a member of TASC, but they are actually an Accredited Member. Which means they are held to an even higher standard I would suppose. The kicker though is that Bill Loughborough, the founder and CEO of Credit Answers is on the freaking TASC board.  WHAT!!!!!!!!!!!!!!!!! Hold on so I can put a shocked look on my face.

This is from the TASC website– Bill Loughborough is founder and CEO of Credit Answers LLC  (CreditAnswers) a Texas based debt settlement company. Mr. Loughborough founded CreditAnswers in 2006. CreditAnswers recently became a TASC “Best Practices Accredited” organization and serves thousands of clients across the country and settles millions of dollars in debt each month.

Wow, they are Best Practices Accredited.”  So this commercial is what TASC considers “Best Practices?” Sure, at least this ad doesn’t have a picture of the White House in it, but they have clearly used specific words and phrases to give the impression that this is somehow tied to the government bailouts. Is it really so hard to understand why organizations like TASC have zero credibility with real regulators? Here you have a member of TASC’s own board running an ad like this.  At minimum shouldn’t the board members be leading by example? I mean, just a thought guys, when you are under this type of regulatory scrutiny and many regulators want to see the entire industry out of business, wouldn’t it be advisable to not run this sort of thing if you plan to stay in business?  I really don’t get it.

So next I do a Google search for Credit Answers Commercial and I find that Steve Rhode over at How to Get Out of Debt, also saw this commercial and thought it was misleading as well.  Steve wrote an article about it and posted the commercial on his site almost two months ago.  Wait, I just saw it on Friday.  This thing has been running for at least two months and TASC hasn’t told Credit Answers to take it down? Hmm.

At this point, I am officially taking back my Atta Boy that I gave TASC.  They can certainly put out some convincing press releases, about how they will not tolerate this type of behavior. However, when members of their own board continue to do it with no consequences, at what point does TASC simply become a joke among consumers in the know?

Less than 12 hours after publishing my article I received an email response from TASC about the actions that they have taken against Credit Answers for running this misleading Ad.  I recieved the following email from David Leuthold, the TASC Executive Director.

TASC would like to respond to your recent concerns about CreditAnswers.  Please note that TASC shares your concern about the subject advertisements.  It is our policy to provide our members with notice and a process to resolve potential concerns.  By providing a transparent review procedure to our members, a notice procedure, and time for them to respond and correct potentially problematic ads, we believe that it builds better compliance among our members.  The member at issue did receive such notice well-prior to your recent article and was provided time to correct TASC’s concerns.  As of recent, the member was terminated.  This can be confirmed by visiting the TASC website at tascsite.org.

After I received the letter, I checked the TASC website and sure enough, Credit Answers had been removed.  They were still listed as a member the day before when I published the article.

I then sent a reply email to TASC asking if Bill Loughborough will remain on the TASC board now that his company has been kicked out.  I received the following reply.

As Credit Answers is no longer a TASC member company, Bill will no longer serve in any capacity on the Board at Large. Bill served TASC well and faithfully for a good while. While we are sorry he will not be able to continue, we believe our standards are clear, as are our enforcement policies.

I must admit that I am very incouraged by this action taken by TASC and I hope that this is a trend that will continue.

Now if I could just get TASC members to realize that their front loaded fee structures are hurting consumers and convince them to adopt a performance based fee structure as requirement for membership in TASC, we might really get somewhere and actually start providing real relief to the people that need it most.