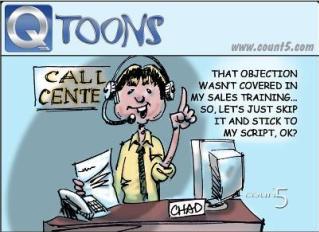 Over the years I have heard so many half truths and flat out lies told to consumers by Debt Settlement Salesman, I decided to make a list of the top 5 most common.  If you find yourself on the phone with a settlement salesman that floats one of these over to you, go ahead and politely terminate the call and save yourself some time.

Without Further Ado, here is the top 5 in reverse order

5.  Only Licensed Attorneys can settle your debt for you.

You will hear this one typically, when speaking with an attorney or a firm that borrows an attorneys name so they can claim to be an attorney firm. When it comes to debt settlement, there is not much an attorney can do for you that anybody else couldn’t do on your behalf, or you can do yourself for that matter. Sure it might give you a warm fuzzy feeling to think you have an attorney on your side, but make sure you read the fine print.  In almost every case you will see in the contract that it states specifically that this is not a contract for legal representation.  So you are paying the high fees to have an attorney, without getting the benefit of having an attorney, which is someone to represent you in court.

4.  We are a member of TASC so you know we must be a good company.

I don’t have a specific problem with TASC, but I do have a problem with debt settlement salesman telling consumers that some how being a member of TASC equates to some gold standard for settlement companies. TASC definitely does not regulate the fees that their member companies charge.  So in theory, they can be a member of TASC and charge you 20% of your debt as a fee. So just being a member of TASC doesn’t tell you much about the level of service you are likely to receive.   I know a few very good settlement companies, that prefer not to be members of TASC because they feel that the association would actually lump them in with a lot of bad players and tarnish their image.

3.  I can stretch this out for 4 or 5 years to get you a really small payment.

Any salesman that tries to enroll you into a 4 or 5 year settlement plan is setting you up for disaster. Debt settlement is not about a small monthly payment. Debt settlement is about paying your creditors back as quickly as you can with the money that you have.  You are not buying a used car.  The payment will not even be going to your creditor anyway, they will just conveniently hold it for you.  If someone is trying to sign you up by offering a low payment, then they have clearly not explained how settlement works and are focused more on collecting a monthly fee then they are about getting you out of debt.

A legitimate debt settlement plan should rarely be longer than 2 years and at most 3.  If you cannot raise the funds within that time frame, debt settlement is not a realistic option for you. Anyone trying to convince you that it is, simply wants your money.

2.  Debt Settlement is easy and Painless.

I call this the Peaches and Cream approach and it is used by almost all salesmen.  They make it sound as if, all you need to do is make one simple monthly payment and they will solve all of your financial problems with no hassel.  This could not be further from the truth.  Debt settlement is not fun, it is a hassle and once you go through it, you will not want to go through it again. Sure you may be in a position that settlement is a financial necessity but make no mistake, you are not going to enjoy it. Anyone feeding you a line about low easy payments with no creditor phone calls and no hassles is giving you a load of bull.

Coming in at number 1, by far, the most common myth told by debt settlement salesmen to entice people into signing a contract is:

1.  Since we are such a large company we can get better deals because we get volume discounts.

If you have talked to a debt settlement salesman, I am sure you have heard this line.  Guess what, it sounds good, it sounds logical, it makes you think you need to hire them, but it is absolutely 100% totally bogus.  It is true, they settle a whole bunch of accounts at once, but there is no such thing as a volume discount when it comes to debt settlement.  This isn’t Sam’s Club or Costco.  You do not get a discount when you settle in “volume.”  In fact, not only is it not true, in some cases you might be getting an even worse settlement.

Large settlement companies made up volume discounts because it sounds good and they needed an excuse to explain that they sell so many people into their program that they couldn’t possibly provide you with individualized attention.

There you have it, the top 5 myths that consumers are told by debt settlement companies.  Remember, if you hear any of these babies, your BS meter should be on hyper alert.