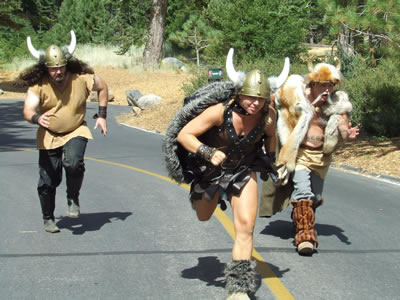 For the past few weeks I have really been scratching my head and trying to figure out just what the heck is going on over at TASC and USOBA.  It seems as if they are the only ones that didn’t get the memo that the days of the rip off, “front loaded fee” debt settlement company are over.

On one hand you have USOBA running around telling any legislator that will pretend to listen that “front loading” their fees is the only way debt settlement can be done. On the other hand, TASC seemed to slink away in the night.  Sure they still have their press releases coming out a mile a minute about how they are just misunderstood and about how thousands of people will lose their jobs when they go out of business, but USOBA is the one showing up at the Senate hearings and taking it on the chin.

For the life of me, I was never able to figure out why John Ansbach (Legislative Director of the United States Organization for Bankruptcy Alternatives (USOBA)), continues to argue that it is imperative that a settlement company be allowed to front load their fees.  Especially when their own statistics show that at least twice as many consumers are ripped off than are helped using this model.  Not only is his argument going to go down in flames, but by continuing to make it, his credibility and that of USOBA and to a certain extent the entire industry is going down with it. So just why in the heck is he doing it?

The first possibility is that Mr Ansbach, actually believes that his organization has the ability to influence change on this issue.  Well, after watching this Senate hearing, I can’t imagine how anyone would even think there was a remote chance of that happening.  So I am left with one other possibility and that is, he knows exactly what he is doing and he is doing it on purpose.

But why would TASC and USOBA actually act in such a way that all but insures the demise of the very same industry, they are being paid to lobby on behalf of? Ahhh, now we have the crux of a conspiracy theory starting to form in my mind.  I have two theories on why TASC and USOBA, by taking such an arrogant and pompous attitude toward regulators are purposely ensuring that this legislation will pass.

Theory number 1.  All of the large rip off programs will simply slap an attorney’s name on their contract and attempt to claim an attorney exemption and continue to go right on screwing at least 2 out of every 3 consumers who buy into their scam.  The debt settlement consumer protection act as written, could likely put the few legitimate companies out of business, and then really open up the doors for these guys to go after consumers with little alternatives.

While recent changes to the proposed law would make it more difficult for these BS programs to claim an attorney exemption, I have little doubt that many of them will try it and fight it out for years in court, fleecing consumers along the way.  I know regulators are wise to this, but the reality is, it could take years to investigate and shut them all down.

Theory number 2.    Most of these debt settlement companies are nothing but scams.  It is about sales and big commissions. They operate as a quasi Ponzi Scheme where they need money from new clients to “service” the older ones.  The reality is they can’t accept regulation because if they actually had to provide a service they would go broke.  So now that regulators are on to them, they need to get out of the industry and look for the next industry to plunder.  However, they have a big problem, there are hundreds of thousands of unsuspecting consumers currently enrolled in these programs that have unfortunately already paid most or all of their fees to these hucksters.  So how can they get out? 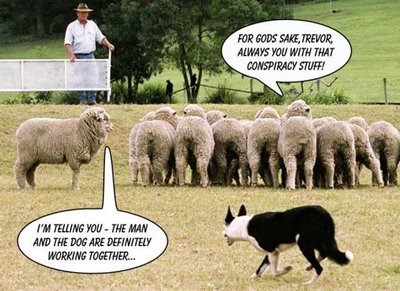 How about if USOBA jumps on the sword for them all and rejects any meaningful regulation, which would insure that even stricter legislation will be written.  Now the federal government essentially becomes their “stooge” or fall guy if you will.  Companies can now file bankruptcy and tell their clients that it is all the federal governments fault and there is nothing they can do about it.

Once these companies file bankruptcy and abandon all of their clients, they can simply retool their sales shops, and continue to rip off consumers with the next bogus product.  It looks like extended vehicle service contracts will be the next round of highly annoying ads we will have shoved upon us.

How could I come up with such a strange theory?  Well, given that the actions of TASC and USOBA make no logical sense if you are assuming they are acting on behalf of their members to give them the best chance at staying in business.  You logically have to conclude that they are acting against their members interests in favor of their own.  With that on my mind I read  “Are debt settlement companies being told to run to the hills” by Steve Rhode, and just had an ahh ha moment.

It looks like Robby Birnbaum is the featured Gold Sponsor of a Vehicle Service Sales Contract Summit in Austin TX, scheduled for next month.  Oh, if you didn’t know, Robby Birnbaum is also the current president of TASC.  Ok so what, Mr. Birnbaum is involved in other industries.  Well make sure to read that article by Steve because he shows you an actual email that was sent by Max Bruck, oddly enough, a TASC board member, that has gone out to presumably most or all TASC members promoting this Summit as a way to get out of debt settlement and continue making thousands of dollars per sale.

The subject of the email is Do advance fee bans have you looking for other options?  The email touts all of the benefits of retooling settlement company sales shops to sell extended auto warranties.  It boasts that leads are half the price and they can make 1,000 to 2,000 on every sale.

Think about this for a moment.  A TASC board member sends an email to TASC members, espousing the benefits of getting out of debt settlement and into something else.  Wait a minute?  TASC makes their money from monthly dues paid by debt settlement companies.  Houston!!!!!!!!!!!!!!!!!!we have a big problem up here.  Is Bruck actually stealing TASC members for his own gain, and doing so out in the open?  Shouldn’t the TASC board be absolutely furious?  Every member that jumps ship could be thousands of dollars in lost revenue right?

Awe, well now we have to assume that the entire TASC organization must be on board with this plan.  After all, the president of TASC is the featured Gold Sponsor.  So once we get this far, we now need to assume, TASC itself has done some retooling and they are prepared to welcome all of these poor sales shops into the extended vehicle service contract industry with open arms.  They spent years building up the mirage that they were the gold standard in the settlement industry.  They were so successful that companies paid them 1,000’s of dollars a month to put their logo on their websites.  What a racket these guys had going on.  Now it is all crashing down and they need another structure to retool and keep the cash flowing into the coffers.

Now I could be wrong or maybe partly wrong on my theory, but isn’t it weird that with the settlement industry about to go down in flames Mr. Birnbaum is pitching the benefits of selling auto warranties and not up on Capital Hill showing Senators why he is such a great champion for consumers and making a case to justify TASC’s existence? Or maybe its just me.

3 Responses to “TASC Throws USOBA on the Sword, Runs to Next Industry to Plunder”