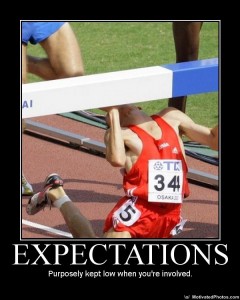 USOBA and TASC Set the Bar Too Low

A few days ago a debt settlement salesperson went into a public forum and basically told me I was full of it for saying TASC and USOBA are not really looking out for consumers.  As evidence, he claims that he was secretly shopped by TASC and it was found that he didn’t lie to the undercover consumer.

Now I have never said TASC and USOBA didn’t do anything.  Some of the requirements they have are certainly better than nothing.  Of course I can point to an obvious debt settlement scam and say, well, TASC members are better than that guy.  However, just because you are better than a total scam, that doesn’t make you a great “champion for consumers” as they like to have everyone think.  That would be like a car thief pointing to a killer and saying hey, I am a model citizen because I don’t do what he does.

However the debt settlement sales person’s response really had me think about the standards that these organizations are proud of setting. Then it hit me.  They are proud of the fact that they try not to lie.  For the most part TASC and USOBA always talk about how they require full disclosure to the consumer about all of the pitfalls of debt settlement.  Now don’t get me wrong here.  That is certainly a good thing, but is that really the best standard the settlement industry can hope for?

To a normal industry, wouldn’t “not lying” to your customers essentially be treated as a given and not raised up as some Golden standard only achieved by the best of the best?  What exactly is this disclosure that TASC member companies throw around? Well, it essentially tells consumers what could happen if they move forward with a debt settlement strategy.  However is disclosure the same thing as telling the truth?

TASC and USOBA have publicly stated their success rate is 34%.  The GAO (Government Accountability Office) claims it is more like 10%, but for now, we will pretend to trust the rosy numbers from TASC.  Here is my question.  In this wonderful disclosure form, do TASC members tell consumers, that only 34% of their clients are successful?  Meaning 66% of their clients are going to pay a lot of fees and not see any results.  Is this disclosed?  Nope.

TASC member companies essentially disclose that there are no guarantees.  Ok, that is disclosure yes, but is that really telling the truth? 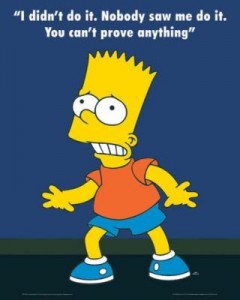 The GAO  recently did their own investigation and caught several TASC and USOBA member companies lying to their undercover consumers.  When asked what they planned to do about it, USOBA basically dodged the question.  Well, I am not sure about USOBA because they are not very transparent with what they do, but I know TASC will have several, very, very strong warnings for these companies.  So far I have not seen much evidence of any real enforcement.

Now TASC can have all the guidelines they want, but if they don’t kick people out for breaking the rules, then what are they really doing over there anyway?

In my opinion TASC and USOBA have totally blown a wonderful opportunity to help consumers and I really hope that they can see the error of their ways and turn things around.  From my side of the fence I think they have about zero credibility when they go in front of regulators and boast about their members having a 34% success rate. Huh?

How about some real consumer protection guys?  How about creating a trade association that really is focused on the consumer?  How about requiring all of your members to stop the practice of front loading their fees?  Require all of your members to convert to a performance based fee model?  That would be a good start and go a long way toward you regaining some credibility with both consumers and regulators.

I want to let TASC and USOBA in on a little magic trick.  I am going to show you how to make that 34% member success rate double.  Ok, TASC and USOBA, are you watching?  Ready? Don’t allow members to front load their fees.  Alakazam!!!!! – Wow, instant doubling of success rate.  Now in one of my next few articles I will reveal the secrets behind the magic, so Stay Tuned…